The Dassault Falcon 2000 had its first flight in March 1993 and began production in 1995. It has had many updates over the years, which has led to the 2000S model that was announced in Geneva at the EBACE in May 2011. This super midsize jet has been in production since 2013 and made its first delivery in April of that same year.

The cabin in this aircraft has a large forward galley, a full size rear bathroom and an in-flight accessible baggage area. It offers an HD+ entertainment system with 19 inch widescreen monitors and support for playback of Blu-ray media. Its dimensions are 6’2″ ft in height, 7’8″ ft in width and 26’2″ ft in length. 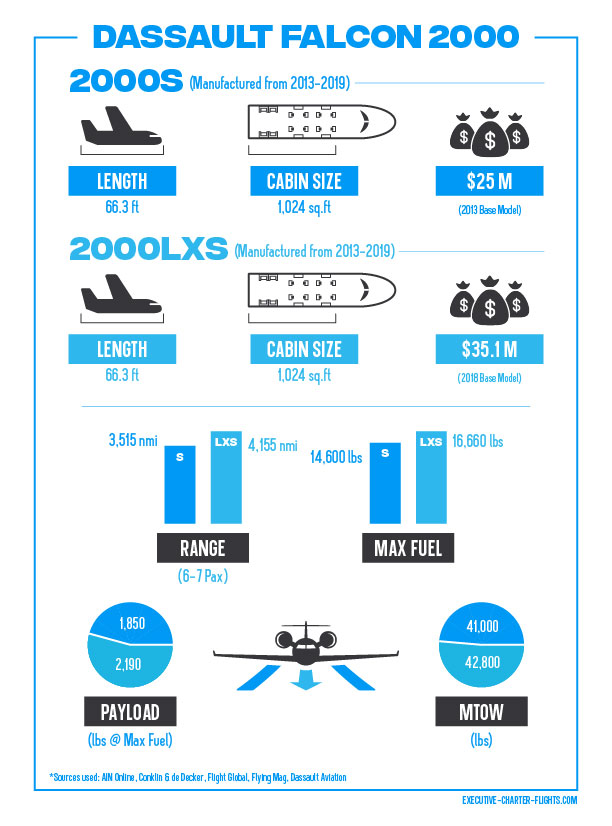 Learn more about the Falcon 7X aircraft. Or, click here for more about our services.

Executive Charter Flights
Manage Cookie Consent
We use cookies to enhance your experience. By continuing to visit this site you agree to our use of cookies. For more information, view our
Manage options Manage services Manage vendors Read more about these purposes
View preferences
{title} {title} {title}